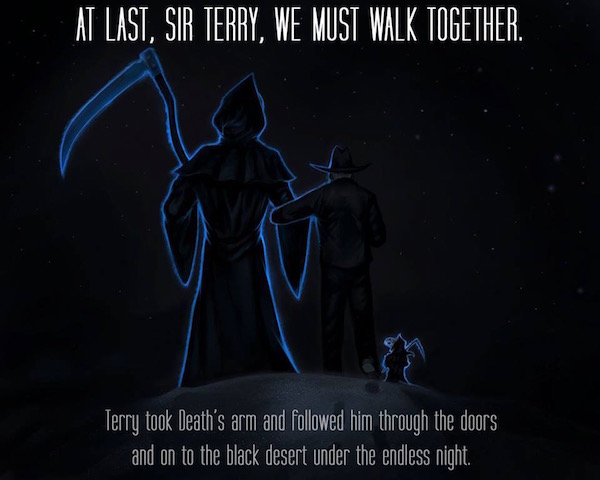 Sad day. Since learning Sir Terry Pratchett had been diagnosed with Alzheimer’s it is the day fans of his work had long feared. Small comfort is that he was such a prolific writer, he seemed to be able to write them faster than I could read them! I still have a few adventures on Discworld to look forward to yet.

I was very fortunate to meet Sir Terry at a book signing at the Galaxy bookstore in Sydney way back in the 90s. Stood in the rain for an hour, such was the line to meet him. I mumbled a few words about how much I enjoyed his work and was there any news on a Discworld film? He lamented that there still was none at the time, although there have since been a number of adoptions.

Sir Terry was also a regular on the Internet in the early days, sometimes even answering questions on his own books in newsgroups from his personal email! Back when the Internet was all still so innocent.

His obituary, posted on Twitter was very touching. He’ll be greatly missed.