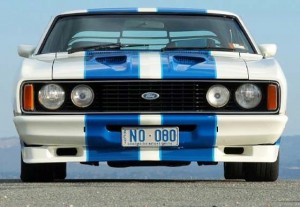 In high school I was a bit of a petrol head. Funny – cause I didn’t have a car. Nevertheless I could quote Mad Max verbatim, devoured every issue of Street Machine and got my driver’s license as soon as I turned 17.

I found this short story in a pile of old school stuff . I wrote it for English class in Year 12 – I remember being quite proud of it at the tender age of 17 and my teacher even suggested sending it to Playboy or some other magazine that published short stories. I never did, but now I have the opportunity to post it online so here it is in all of its (embarrassing) glory.

I was tempted to edit it, but instead left it exactly as it was. The story never had a title as far as I can remember, the idea was around drag racing and two drivers in a grudge match – so here is “The Race”…

END_OF_DOCUMENT_TOKEN_TO_BE_REPLACED 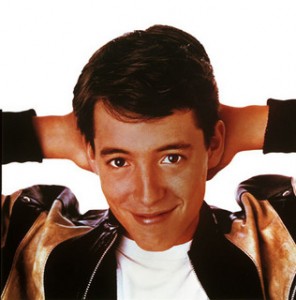 A few days ago, we were teased with a new video on YouTube. An older, greyer Matthew Broderick throws back the curtains and asks, “How can I handle work on a day like today?”

That’s it. Nothing else.

The Internet was ablaze. Is there a sequel to Ferris Bueller’s Day Off in the works? Given its 26 years later, what would the story be?

Ferris Bueller’s Day Off was one of my favourite films of the 1980s, it was the quintessential coming-of-age film, a happy-feel-good film that could brighten anyone’s day. Coming towards the end of senior year in high school – this is Ferris’ last day of “freedom”. He knows he’s going to need to buckle down soon, there will be work and bills and responsibility in the future, and this is the last chance to bust out. More important, rather than just think of himself he also drags his best friend Cameron, the eternal pessimist into his adventure. Sure – he wanted to borrow the ’61 Ferrari GT, but there’s more to it than that. He wants to show Cameron that life is passing him by. He wants Cameron to gain self worth and by the end he’s done that. At the expense of a (replica) ’61 Ferrari. While everyone wanted to be like Ferris, I probably more identified with Cameron – a little bit closer to me although hopefully I wasn’t THAT bad!

Well now the truth is revealed, turns out that middle-aged Ferris has sold out and is driving a Honda CR-V.

To be honest, yeah it was a little funny in parts with some cute references to the original film and some of Broderick’s later roles like Godzilla. But I can’t help but think that a teenage memory just died. The Honda is so out of place – its a family SUV, which Matthew is driving around (by himself) having a day off from filming. Top marks to the ad agency who did it – but the ad itself would have probably suited some sort of sports car like the MX-5. Imagine Matthew skipping shooting, picking up Mia Sara (wonder if she’s still as hot as she was in ’86) and reliving his youth…

In fact – I wouldn’t mind seeing a proper sequel to Ferris Bueller’s Day Off. 26 years on – imagine Ferris has become the antithesis of everything he once stood for and now Cameron has to show him how to unwind… possibilities are endless. But now we’ll probably never know.