Really enjoying the games available in Apple Arcade – What the Golf is a favourite so far. 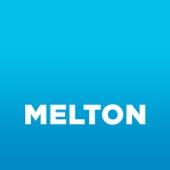 I know I’m two years late but I’ve just discovered that Don Melton, formerly director of internet technologies at Apple, and the guy responsible for WebKit and the Safari browser has a podcast of his own. His guest spots on the Debug podcast about developing software are brilliant and insightful into what really happens at Apple, and he is refreshingly honest. Curses like a sailor too 🙂

Recently I was playing with Apple Maps on my iMac and I notice that it showed the night lights of Australia. I thought it pretty cool but upon looking closer I noticed many “city lights” in the desert of the western half of Australia. My first thought was “someone at Apple has added random city lights – lame”. There’s NO cities there. Then upon investigation I discovered NASA’s Earth Observatory had actually captured bush fires at night in 2012. Someone at Apple thought that was cool enough to use on Apple Maps. Awesome Today the founder of Apple, Steve Jobs passed away. Pancreatic cancer. He was 56 – way too young. The outflowing of emotion around the world was amazing considering he was a CEO of a major company. There’s been a considerable amount of commentary in the press about this so I won’t repeat what they had to say, rather I’ll concentrate on my own thoughts.

I wasn’t one of the Apple faithful who got their start on the Apple ][. I think the only time I played with an Apple ][ at all was in high school, the library got one for cataloguing and the librarian asked for help setting it up, but I really didn’t know what I was doing with the Apple.

My first computer was a Commodore VIC-20 with an awesome 5kb RAM, storage on audio cassette and a 6502 CPU running at 1MHz. You couldn’t do much with it, and soon we upgraded to a Texas Instruments TI-99/4a. This was the computer I have the fondest memories of using. Highly expandable, sprite graphics, faster with a 16bit processor, more RAM and easy to program – this was the computer I wrote my own (crappy) games on, the first computer I got online with (bulletin boards – only academics and the military were using the Internet back then), awesome times. I was in high school, it was early to mid 1980s and computers were new, exciting and going to change the world.

Eventually we outgrew the TI – and the next computer was the Commodore Amiga. I eventually owned a succession of Amigas into the 1990s, the games were awesome, it was faster still with multi-tasking etc. – although there was something missing. It was a lot harder to program the Amiga, I had a few goes at learning using Amiga Basic but never got the hang of it. The books I was using were probably hard too, and I think most programming on the Amiga was actually in C. I didn’t realise it then but I think the golden age of the computer was already over for me. Commodore went bankrupt and eventually I succumbed to the Dark Side and got a PC.

Over the next 15 or so years I’ve owned a number of computers, I used mostly DOS then Windows, everything seemed backwards – I mean honestly all that work configuring CONFIG.SYS and AUTOEXEC.BAT to get games to run optimally? I was forever upgrading, dabbled in Linux, eventually I studied and started to work in IT but it never quite had the same appeal.

Then about 4 years ago I got a MacBookPro at work, running OS X. The attention to detail that goes into the products is probably the think I love most about them. Pretty soon I got an iMac and since then I’ve added an iPhone and iPad to the mix – Matt at work calls me a fanboy. Yeah I think I am, I find that the Mac is probably the closest I come to enjoying computers like I did when I was at high school. It doesn’t have the freshness it did back them, but its the closest I’ve come yet.

I’ll be the first to admit that I’m a bit of an Apple fan boy. Unashamedly.

After getting my first Apple computer (a 15″ MacBookPro for work) in February 2007 I quickly became a “convert”, and soon had an iMac as well for home. At the time my wife Deanne had an Acer laptop which she used mostly for her uni assignments, as well as web browsing, email and watching videos. In other words – the usual stuff.

The Acer had its share of problems, and when it eventually died I convinced Deanne to get a MacBook laptop instead. Actually it didn’t take too much convincing – she’d used my iMac a fair bit already and soon came to love her little MacBook.

Well that little MacBook is now about 3 years old, and during an upgrade to OS X Lion I discovered there was a problem with the hard drive. I did what I knew, tried to verify the drive – it reported a problem. I tried to repair the drive. That didn’t work. Here I was at the limit of my knowledge of Mac hardware so I decided to take it to the Apple Store to get checked out.

What?!?! You didn’t pull it apart and try to fix it yourself?

Once upon a time – sure I would have built the computer myself (a generic beige desktop PC with off the shelf parts), troubleshot it and repaired it but its not 1998 anymore – I’d rather just pay someone else to worry about that. So I booked a session with the Genius Bar at the Castle Towers Apple Store – and that was simplicity in itself. Go to the website. Select the store. Select the first available date and time. Done. A nice little confirmation email that updates the appointment into iCal and onto my iPhone. I take the MacBook down to the store on the day and sure enough its the hard drive. The in-store tech ran his diagnostic tools on it which showed no errors, but the OS still said otherwise – so rather than wait for it to die he elected to replace it.

The MacBook had a three year extended warranty which ended a few months ago – never mind he said, we’ll replace it under warranty. Is it backed up? Yeah – got a Time Machine backup. OK – well we’ll try to copy the data over anyway but its good to know you have a backup anyway. So it’ll be ready in a few days once they get the parts in and it won’t cost a cent even thought its now out of warranty.

Some people will tell you that Apple are overpriced, you pay the “Apple Tax” for expensive equipment that isn’t the the latest spec and so on. Considering the difference in service you get – I have no problem at all with the and I’ll continue to recommend them to family and friends.